A Season of Optimism 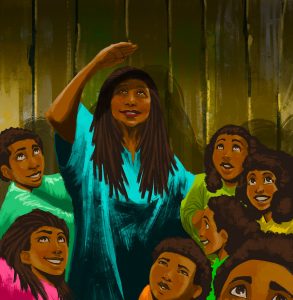 If you are a consumer of “news” in our society you have probably developed a certain emotional obliqueness to the repetition of adverse events coming at you constantly. Indeed you may have come to cultivate a lack of attachment to any and all the issues being exploited in order to grab your attention, just so you can maintain some modicum of balance in your perspective on life. This expressed indifference has become a defining feature of the attitude of many people in our world.

A significant number of people have come to the conclusion that their indifference is necessary in order to maintain their sanity in what many have come to regard as a crazy world. The conscious construction of this wall – this defense mechanism to keep the madness out – might seem necessary, but it is not our only option… nor is it the most viable one. Reality bites, but we can find creative ways to avoid being uncritical consumers of the menu of an unconscionable media culture.

To be sure, there are things happening in our world that hold grave concerns for the future. There are enduring wars and strife. There are political dramas that raise questions about the assumptions we have cultivated about what constitutes good governance. Challenges to the foundational values that have come to underpin our political systems and the way we expect our societies to operate abound. Beyond the hypocrisies that are a part of the day to day relationships between nations, we continue to be concerned about the gross demonstrations of immorality and amorality in international affairs.

Bad news is a fact of life, but, thankfully, it is not the only news. While the reasons for pessimism persist, the necessity for optimism beckons. We may not be living in the best of times, but it is not true that we are in the worst of times. The violence that causes many to retreat is a fact of life; but cultivating hope for a more peaceful and prosperous world is an ontological imperative we must not ignore.

The Good News Around Us

Harvard University professor of Psychology Steven Pinker, author of the book – The Better Angels Of Our Nature – disagrees with the popularly held notion that the world is falling apart or getting more violent. In an interview with National Public Radio’s Michel Martin in 2016 he states the following in regard to this hypothesis:

“The only way you can really answer the question – has violence gone up or down? – is to count how many violent incidents have there been as a proportion of the number of opportunities, and has that gone up or down over the course of history? And that’s what I tried to do in the book. I looked at homicide, looked at war, looked at genocide, looked at terrorism. And in all cases, the long-term historical trend, though there are ups and downs and wiggles and spikes, is absolutely downward. The rate of violent crime in United States has fallen by more than half in just a decade. The rate of death in war fell by a factor of 100 over a span of 25 years.”

Asked whether or not this was a worldwide phenomenon he says:

“Well, it’s highly uneven. If you certainly choose the most violent parts of the world at any given time, they’re going to be pretty violent. But if you count the number of parts of the world that are violent versus those that aren’t, then you see that the world is becoming more peaceful. The impression that some kinds of violence have gone up over the last five years has some truth to it. Because of the Syrian civil war, the rate of death in warfare has drifted upward a little bit in the last five years. There has been a small increase in homicide in the United States in the last three years. But both of those figures are at a fraction of what they were in the ’60s, ’70S and ’80s.”

Admittedly the foregoing is small comfort to many who, try as they may, cannot escape the overwhelming sense of gloom and insecurity in the face of tragedies that are ever present around us. But contrary to the pessimism bolstered by a mass media focused on the reporting of bad news, there are reasons for optimism in our world. In addition to the perspectives researched and presented by Steven Pinker and others, we can state the following with certainty…

Despite recent downturns, economies around the world are growing at significant rates, with seven out of ten of the fastest growing in Africa. Global poverty, according to United Nations estimates, has been reduced more in the last 50 years than in the previous 500 years. Educational access has vastly improved, with a fourfold increase in the number male college graduates and a sevenfold increase in the number of female graduates. In a world culture now fueled by the work of researchers developing and advancing new technologies that are revolutionizing the way we live, these are significant facts that we must not allow ourselves to overlook despite the retrogressive rubber-necking to which we are frequently drawn.

There is no need to try to invalidate the perspective of the many of us who look back and conclude that there has been an erosion in our sense of security. Truth be told though, the “good old days” weren’t all that good for most of us; there is real progress going on all around us, and we are being called to be part of that progress. Our challenge, and we must choose to accept it, is to find ways to partner with each other across the divides constantly being highlighted amongst us.

Beyond the superficial national, regional, ethnic, and religious boundaries that divide us, we are constantly being called to reach out and touch each other in recognition of that deeper connection which is our common humanity. That reaching out must be defined by a coupling of the needs we share, and the resources available to us. A little from the many will go a far way in meeting the needs of multitudes.

The development and propagation of dynamic technologies, bring us closer to each other in our world. These technologies avail us of opportunities to break out of the isolationism that partners with ignorance to breed a pessimistic outlook on life. We are now able to reach out and touch each other in ways never before possible. The revolution in information technologies facilitates the  sharing of our lives and concerns in ways that were once impossible. In large measure it is now up to each of us to develop the resourcefulness to take advantage of every opportunity to empower ourselves and each other.

A Season Of Optimism can be realized in the normal day to day circumstances of our lives. It comes when we live into the greatest calling of Life – the call to enter each other’s lives in transformative ways. The seeds of optimism are sown whenever we open up our hearts and minds, and make whatever resources we have available to enrich the lives and circumstances around us.