This page is dedicated to bring dynamic focus to the issues that shake and shape the foundations of our society.

MALALA… A Symbol Of The Hope That Courage Inspires 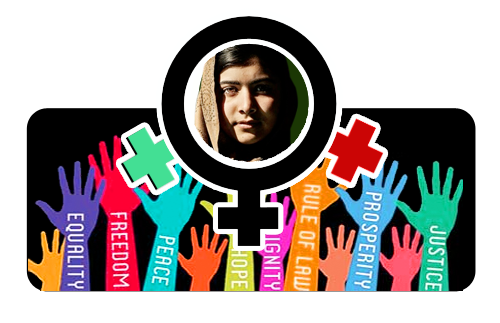 E·qual·i·ty
əˈkwälədē/
noun … the state of being equal, especially in status, rights, and opportunities.

“Malala Yousafzai was born on July 12, 1997, in Mingora, Pakistan. As a child, she became an advocate for girls’ education, which resulted in the Taliban issuing a death threat against her. On October 9, 2012, a gunman shot Malala when she was traveling home from school. She survived, and has continued to speak out on the importance of education. She was nominated for a Nobel Peace Prize in 2013. In 2014, she was nominated again and won, becoming the youngest person to receive the Nobel Peace Prize… “ ~From her biography

All of us, female, male, and those who find themselves in the challenging position of not being able to declare for either side of the gender equation must speak with our own words about our own lives. We must articulate our aspirations with the force of our own breaths. This is the great challenge of our existence. It is a challenge that we must own in the face of every circumstance that seeks to define who we are and what we can become. And when we have lived up to that challenge we must then become the voice of those who cannot speak. We must stand up for those who cannot stand. We must insist on equal treatment for our fellow beings who depend on us because they suffer disadvantages and disabilities that make them unable to do so for themselves.

In a world that has tended to encode the “law of the jungle” as our modus operandi, we continue to witness the use of tradition and religion to express the imbalance that is a fact of our communal experiences. In too many of our “villages” the “strong” continue to inflict their will on those they can use force to victimize. It is in this kind of world that a girl can be shot in her head for pursuing an education that does not limit her to the roles that some men have carved out for her. It is in this kind of world that girls and women are raped and sold into slavery to satisfy the fundamentalist delusions of those who have not sorted out their existential insecurities. The rest of us must not stand by and allow this lunacy. We must face this madness with resolve. We cannot ignore the cries of the disadvantaged, nor can we remain in our safe enclaves while our fellow human beings are subjected to the unspeakable horrors of a culture of vile ignorance.
The great challenge of our time is not just the building of civil societies. That work must be enhanced by our insistence on the encoding of Justice in our laws. Justice is a function of Equality… the state of being equal, especially in status, rights, and opportunity. This then is not just a work that must be pursued in Pakistan and other places afar off. The work of Justice must be done on our own doorsteps, in our own homes, and community, and nation. The areas of concern are many. They include the arenas of race and gender. Just wages. Equal access to every opportunity for betterment. Equal pay for equal work. The right to vote of every citizen must be guaranteed.
Those who seek to deny others these basic human rights are in fact not better than the men who shot this young woman in her head. It is time to stand with courage against every brute who lives by denying others their just claim to Life,  Liberty,  and the Pursuit of Happiness. 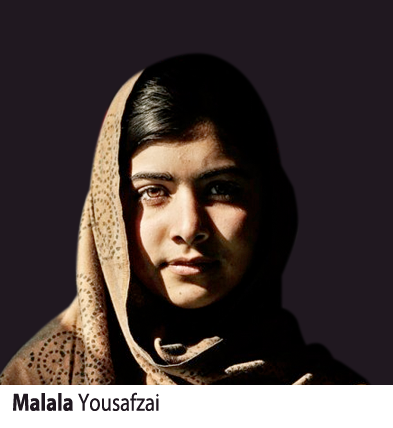 MALALA… A Symbol Of The Hope That Courage Inspires ... In a world that has tended to encode the “law of the jungle” as our modus operandi, we continue to witness the use of tradition and religion to express the imbalance that is a fact of our communal experiences.