A Brief History of Slavery and the Origins of American Policing 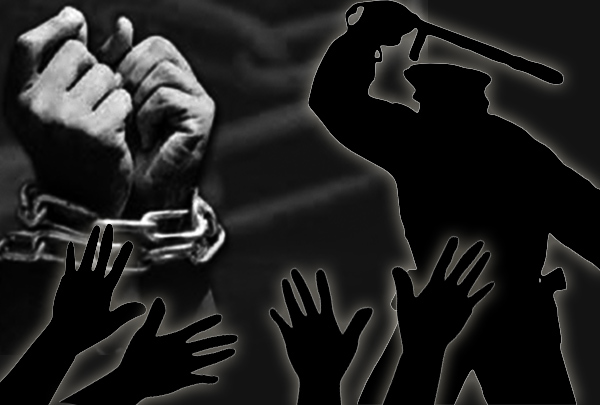 The birth and development of the American police can be traced to a multitude of historical, legal and political-economic conditions. The institution of slavery and the control of minorities, however, were two of the more formidable historic features of American society shaping early policing. Slave patrols and Night Watches, which later became modern police departments, were both designed to control the behaviors of minorities. For example, New England settlers appointed Indian Constables to police Native Americans (National Constable Association, 1995), the St. Louis police were founded to protect residents from Native Americans in that frontier city, and many southern police departments began as slave patrols. In 1704, the colony of Carolina developed the nation’s first slave patrol. Slave patrols helped to maintain the economic order and to assist the wealthy landowners in recovering and punishing slaves who essentially were considered property.

Policing was not the only social institution enmeshed in slavery. Slavery was fully institutionalized in the American economic and legal order with laws being enacted at both the state and national divisions of government. Virginia, for example, enacted more than 130 slave statutes between 1689 and 1865. Slavery and the abuse of people of color, however, was not merely a southern affair as many have been taught to believe. Connecticut, New York and other colonies enacted laws to criminalize and control slaves. Congress also passed fugitive Slave Laws, laws allowing the detention and return of escaped slaves, in 1793 and 1850. As Turner, Giacopassi and Vandiver (2006:186) remark, “the literature clearly establishes that a legally sanctioned law enforcement system existed in America before the Civil War for the express purpose of controlling the slave population and protecting the interests of slave owners. The similarities between the slave patrols and modern American policing are too salient to dismiss or ignore. Hence, the slave patrol should be considered a forerunner of modern American law enforcement.”

The legacy of slavery and racism did not end after the Civil War. In fact it can be argued that extreme violence against people of color became even worse with the rise of vigilante groups who resisted Reconstruction. Because vigilantes, by definition, have no external restraints, lynch mobs had a justified reputation for hanging minorities first and asking questions later. Because of its tradition of slavery, which rested on the racist rationalization that Blacks were sub-human, America had a long and shameful history of mistreating people of color, long after the end of the Civil War. Perhaps the most infamous American vigilante group, the Ku Klux Klan started in the 1860s, was notorious for assaulting and lynching Black men for transgressions that would not be considered crimes at all, had a White man committed them. Lynching occurred across the entire county not just in the South. Finally, in 1871 Congress passed the Ku Klux Klan Act, which prohibited state actors from violating the Civil Rights of all citizens in part because of law enforcements’ involvement with the infamous group. This legislation, however, did not stem the tide of racial or ethnic abuse that persisted well into the 1960s.

Though having white skin did not prevent discrimination in America, being White undoubtedly made it easier for ethnic minorities to assimilate into the mainstream of America. The additional burden of racism has made that transition much more difficult for those whose skin is black, brown, red, or yellow. In no small part because of the tradition of slavery, Blacks have long been targets of abuse. The use of patrols to capture runaway slaves was one of the precursors of formal police forces, especially in the South. This disastrous legacy persisted as an element of the police role even after the passage of the Civil Rights Act of 1964. In some cases, police harassment simply meant people of African descent were more likely to be stopped and questioned by the police, while at the other extreme, they have suffered beatings, and even murder, at the hands of White police. Questions still arise today about the disproportionately high numbers of people of African descent killed, beaten, and arrested by police in major urban cities of America.

Bio.
Dr. Victor Kappeler is a Foundation Professor and Associate Dean of the School of Justice Studies. Dr. Kappeler is a three-time EKU graduate whose textbooks are commonly used by universities worldwide. He is recognized as a leading scholar in policing as well as media and the social construction of crime, among other related fields. Among many other honors, Dr. Kappeler received the 2006 Cabinet for Justice and Public Safety Award for Academic Excellence, the 2005 Outstanding Criminal Justice Alumnus Award from Sam Houston State University, where he earned his doctoral degree, and the Lifetime Achievement Award from the American Society of Criminology’s Division on Critical Criminology for “sustained and distinguished scholarship, teaching, and/or service in the field of critical criminology.”