This is a page dedicated to addressing current issues in our society through the medium of poetry. Periodically we will feature a poem from \’Figtree Books\’ that we believe engages in a critical way, the ongoing dialogue on formative issues in our lives as a society.

The killing of  Trayvon Martin and the shooter’s acquittal

On Saturday the 13th of July 2013, George Zimmerman of Sanford, Florida was found not guilty on all charges in the shooting death of seventeen year old Trayvon Martin. Zimmerman, a neighborhood watch volunteer, shot and killed the teenager in a confrontation that all reasonable analysts agree should have been avoided.

The shooter Zimmerman was only arrested after the incident received national attention that resulted in mass protests across major cities in the US against the inaction of the Sanford police department. His trial generated a national discussion on the part that race played in this unfortunate incident; and also on the availability of equal justice in our society.

Many gathered around the courthouse as the nation awaited the decision of the sequestered jury. Those gathered ranged from members of the New Black Panther Party demanding justice for Trayvon, to friends of Zimmerman hoping for his acquittal. The jury who were all white except for one, found George Zimmerman not guilty on all charges.

It is the morning following this verdict, and emotions run the gamut from elation among Zimmerman sympathizers; to anger and depression among those who feel the pain of Trayvon’s family. Many anticipated some social upheaval to accompany this kind of verdict; but except for some incidents in California, the nation has remained calm.

The angst that this event has generated is palpable. Many would like to forget the role that a history of racial animus has played in how we perceive events like this, but there can be no mistaking the fact that our responses are conditioned by this history. Just over a generation ago, apartheid was the operational dynamic in social and legal happenings in the South. As uncomfortable as some are, being reminded of this…. It remains a frame of reference in the interpretation of this type of unfortunate occurrence.

As we continue to reflect on this verdict, the events leading up to it, and the realities that continue to inform the quality of our interpersonal relationships; let us do so remembering the sacred trust that we must assume toward each other if we are to build the kind of community that expresses the equality of all men in the eyes of our Creator.

I humbly submit these verses from my book of the same name, “Of Paradise Despised… and lives that bought into a lie”, as a meaningful aid in our further reflection.

Share your thoughts with us on this volume by clicking here. 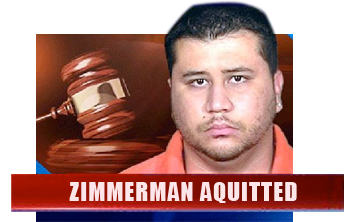